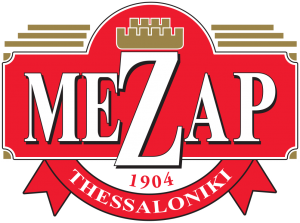 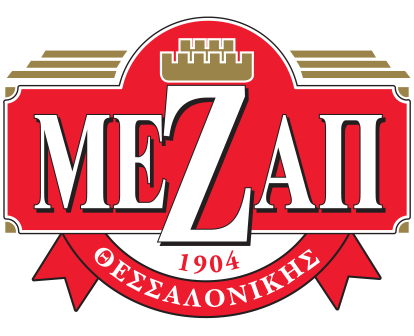 Continuing our sweet tradition, since 1904.

It was at the beginning of the century, specifically in 1904, when MEZAP – then a small family business – began producing tahini and sesame oil in its facilities in downtown Thessaloniki. The production of halva followed a few years later.

With the conclusion of the First World War, in 1921, the company acquired its current trade name and also began to operate in the wider field of confectionery.

In 1950, MEZAP begins exporting to Europe, the USA and Australia and in 1967 the production facility is relocated to Kalochori, Thessaloniki, housed in a privately owned site where it is still located to this day. This is also the starting point for the company’s long journey in the field of confectionery, with the main activity being the production of processed sesame products such as tahini and halva, for foreign markets.

1990 is a milestone year for MEZAP, since it enters the Greek market combatively, filling Super Market shelves with both its own brand and private label products.

With product sales steadily increasing, the company also heavily invests in the modernization of its mechanical equipment and the expansion of its facilities.

In 2004, the company intensified its outreach activities and carried out a series of new collaborations and large-scale investments in logistical equipment. It succeeded in modernizing its infrastructure by making reconstructions in the production areas, thus achieving hygiene and safety standards on par with the most advanced Greek industries. MEZAP successfully upgraded its production processes and mechanical equipment, by integrating both the most up-to-date hygiene principles and industrial practices and by making investments related to the acquisition of state-of-the-art technology machines. The better planning of the supply of critical raw materials and the constant expansion and enrichment of the range of products, led the company to financial success.

Today, MEZAP ABEE has accumulated profound knowledge and specialized know-how in the production of halva and tahini, flagship products on which it has focused its attention, advancing them into luxury, artisanal delights of high nutritional value. The quality of its products combined with its consistency, reliability and customer-centric philosophy has resulted in the company being highly regarded abroad, with 80% of its turnover coming from exports to countries of Central & Northern Europe (such as the United Kingdom, Germany, France and Sweden), the USA and Australia.

After more than 110 years of continuous presence and innovation, MEZAP still adheres to the same values and principles and always honors and reciprocates the trust and dedication shown by its customers.

Since 1904, we have been dedicated to offering products of the highest quality and standards, always with the same care and dedication to our craft. Our Values govern our relationship with our consumers, employees and the environment and are at the core of our corporate decision making and activities.

We are deeply committed to maintaining the quality and safety of our products at all stages of the production process: in the careful sorting of raw materials, their processing, storage and transportation of the finished products. We are constantly bolstering our standards, our technology and the professional training of our employees, to ensure we are always offering products of superior quality and taste.

Since our founding, we are constantly evolving our capabilities, but the authentic character of our products remains unchanged. This is due to the fact that our products are always produced in small batches from select raw materials, with the same passion, love and care.

Investing in our People

We constantly invest in our people, seeking their continuous advancement. We cultivate an environment of respect, diversity and cooperation.

Armed with technology and years of know-how, we operate with respect and sensitivity towards the environment and towards society, always aiming for as positive an impact as possible. We constantly aim to minimize our natural resources consumption and the environmental impact of our activities.

The consolidation of relationships of mutual trust with our external and internal partners, as well as our consumers, is a cornerstone of our operation. Always operating with respect, responsibility and consistency, we aim to create and maintain long-term relationships based on transparency and reciprocity.